Warning: Parameter 2 to wp_hide_post_Public::query_posts_join() expected to be a reference, value given in /homepages/20/d387371247/htdocs/wordpress/wp-includes/class-wp-hook.php on line 288
 Winter on Fire: Ukraine's Fight for Freedom | ScottSlucher.com 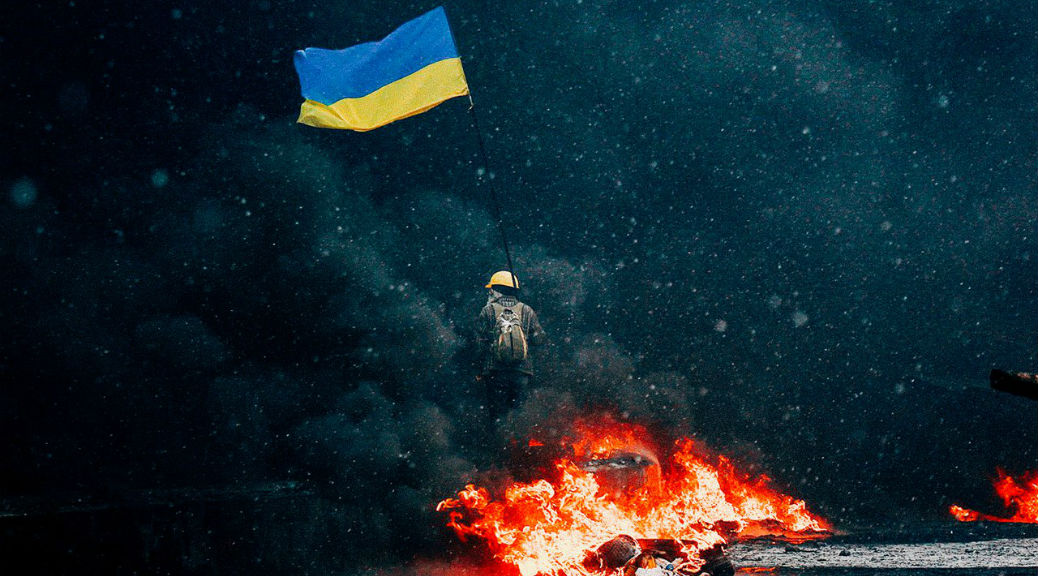 
I went into Winter on Fire: Ukraine’s Fight for Freedom knowing very little about the conflict it describes. Maybe that was a good thing, because today at lunch I got an earful from my conspiracy theorist cousin about what a bunch of propaganda the film is. I don’t know if that’s true, but regardless of the facts about the protests of 2013-2014, director Evgeny Afineevsky has crafted a powerful story about a people standing up to injustice and paying a steep price for change.

The film, nominated for an Academy Award for best documentary this year, is an insider’s view of the events that led to the forced resignation of Ukrainian president Viktor Yanukovych.

In late 2013, as a deadline approached for Ukraine’s joining of the European Union, young people gathered in the city center of Kyiv to mark the moment and ensure that it actually took place. Yanukovych was well known for his desire to align with Russia, and as the deadline came and went without a signing of the paperwork, Yanukovych moved towards the feared partnership with Putin, triggering non-violent yet vocal protest that, over a 3 month period, escalated to the point of bloodshed, killing 125 protesters, injuring hundreds more and forcing Yanukovych to flee the country in the middle of the night to seek asylum in Russia.

Afineevsky’s footage takes us into the middle of the protester’s makeshift camp and acquaints us with many of the principal figures who marched and died during that momentous three month period.

The only talking head interviews are with the protestors themselves who recount their experiences and emotions as we see the images of what they describe. What started as primarily a movement of the young soon mushroomed and pulled in older generations – doctors, lawyers, bankers and even the military who were afraid of returning to the old Soviet ways.

Even after the government employed violent tactics that escalated over time, the movement only grew until it reached a point-of-no-return as the participants described the final bloody encounter with government forces.

Having sat through many documentaries covering unrest in decades past, it’s still strange for me to see images of people decked out in skinny jeans, hipster beards and contemporary clothing in a story as old as time itself. But as long as governments ignore the wishes of the people they represent, we’ll continue to see images like the ones captured in this powerful documentary.

It’s a one-sided telling of this story, for sure, that paints the protestors as freedom fighters, innocents and crusaders for a better tomorrow, and without knowing any of the opposing sides to this story, I walked away from this movie moved to the point of tears at the bravery and dedication of those who fought and died, as well as those who fought and have to carry on.