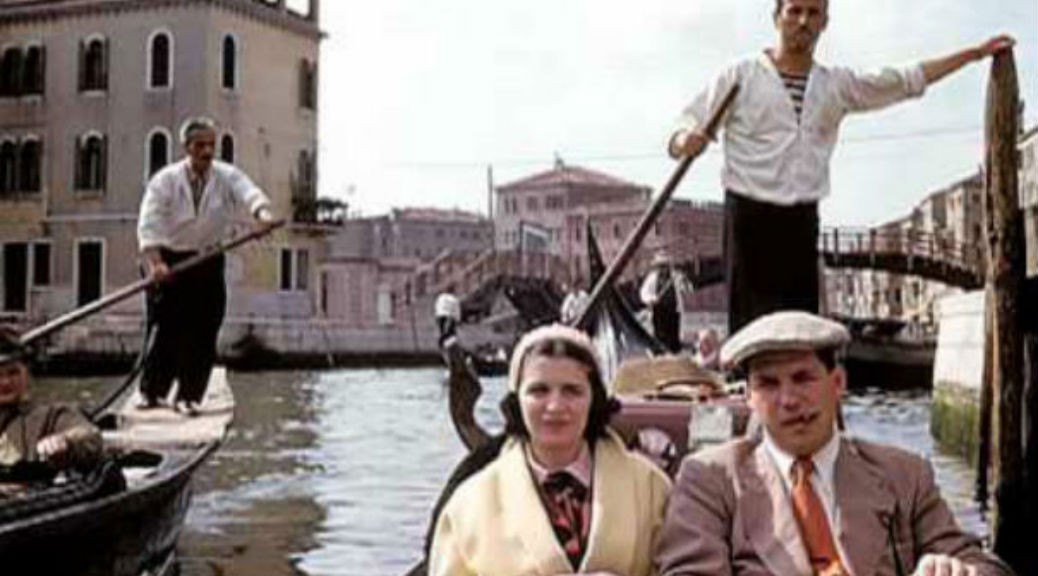 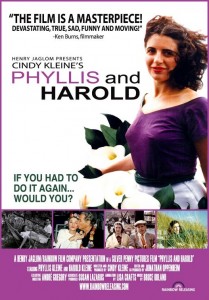 In our youth-obsessed culture, something awful happens to people of a certain age.  We take away their humanity.  Once white hair and wrinkles achieve a certain critical mass, we tend to think of the individual as a mute, taxidermied version of a once vital family member who gets only minimal attention.  And when a couple makes it to this stage, they’re looked upon as cute and cuddly – we assume happiness and harmony.

Not so with Phyllis and Harold, a captivating documentary by Cindy Kleine.  It’s an unflinching portrait of her parents’ marriage of nearly 60 years that was anything but a storybook romance – and couldn’t be told until after the death of her father.

It opens slyly with a scene of Phyllis and Harold Kleine in the kitchen, going about their day-to-day routine.  They bicker.  They tease.  They’re cute.  And then, there’s a cut to Kleine, who addresses the camera and tells us that for as long as she can remember she’s been trying to figure out who these people are and why they were together.  The answers unfold as a kind of 20th century suburban tragedy.

Harold emerges as a kind of World War II era everyman – a dentist version of the guys on Mad Men – confident and primed for success in the upper end of the post-war middle class, determined to provide his wife and two daughters with all the material comfort he can afford.  He exhaustively documented his family’s life, taking photographs and home movies of daily events and the globetrotting vacations he lavished on his wife.  His version of their life together is a happy one.

Phyllis has a different take altogether.  From her first words, Phyllis paints a picture of regret, of having settled.  It’s a naked confession that blows the movie wide open and turns it into something completely other than what I expected.  The source of regret is an affair with a married man that began before she married Harold, but carried on into their first years as husband and wife.

Kleine interviews her parents separately, and what is striking is how alike they view the facts of their marriage, but how differently the meaning.  Their interviews are intercut to a chilling effect – underscoring how people so close for so long can yet be miles apart.

Phyllis ended the affair after five years, unwilling to walk out and unable to live with the stress of a double-life.  “I didn’t see how you could build a building on such a hurtful relationship – all the hurt we would inflict,” she said.  The man “disappeared to California.  But I never stopped thinking about him.”

Harold, oblivious to the affair, focused on his career and a string of real estate investments, while Phyllis decorated the house and focused on their social life.  Their housekeeper took care of the girls and was a source of comfort in the midst of their parents’ constant battles.  The Kleines come across as a family in a David Sedaris story.  Phyllis systematically turned her daughters against her father through the use of secrets – withholding information from Harold that would anger or hurt him – so that, despite her emotional distance, the three were unified by a common enemy.

I would have liked to have heard more about Harold – gotten his side of the story – but I understand why Kleine gave a pat explanation for him and pushed him to the background.  Secrets.  That, and her mother’s interviews are mesmerizing.  There’s a confessional quality to them that borders on the voyeuristic to watch – her emotions ranging from shame and regret to pure joy as she reflects on her true love.  It’s a rare glimpse into an aspect of marriage that’s almost never explored this honestly.

Harold never learned of his wife’s secret.  He died during the making of the documentary, alleviating his youngest daughter of the burden of what to do with such hurtful material.  And with him out of the way, the daughters help orchestrate a reunion with the man who siphoned off so much of their mother’s attention over the years.  It made me want to know more about Harold – what he did to make it so easy for his daughters to discount the betrayal and facilitate their mother’s wishes.

It’s easy to judge, but I’m betting we all walk around with secrets, shame, and guilt that we never confess.  Cindy Kleine has given us a document of one woman’s unrepentant confession, and though it may be painful to watch, it’s impossible to turn away.