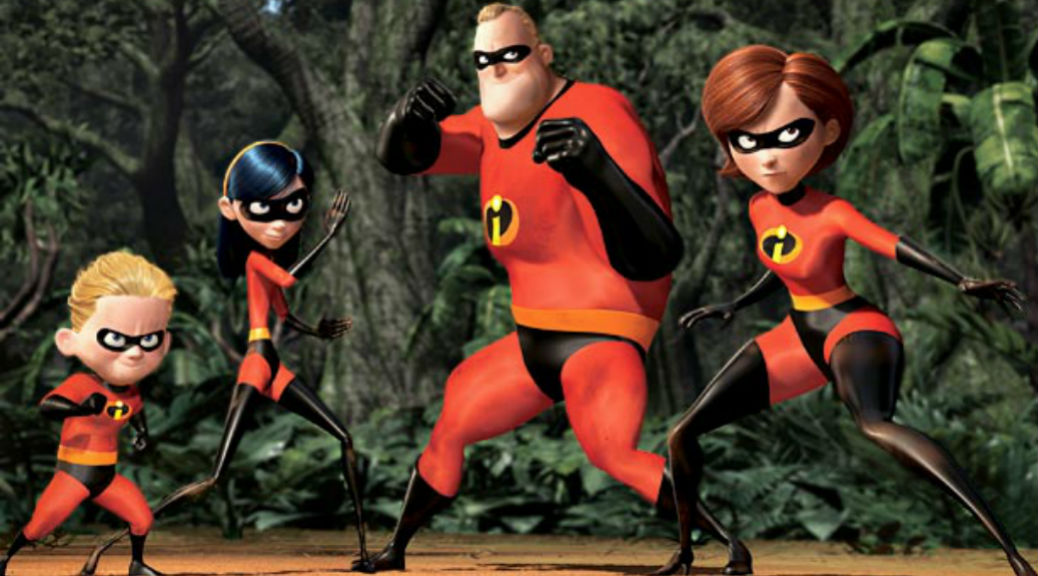 
If I’ve learned nothing else from David Letterman, it’s that I like Top 10 lists, and what follows are my Top 10 favorite movies of all time…as of this writing.  Check back tomorrow, and it could be slightly different.

These are movies that I never tire of watching, that stir me as much today as they did when I first saw them.

#10.  The Incredibles (2004).  I love just about all of the Pixar movies (A Bug’s Life, not so much), but this one is easily my favorite.  Like the best Looney Tunes cartoons, The Incredibles has something for everyone: great animation, great action, funny gags, and at least a half-dozen fully formed characters.  But more than this, The Incredibles is great storytelling.

In addition to the super-hero-vs-super-villain-based plot that rivals the best of the James Bond movies, we get a sly bullseye of a critique of the way we in America both worship and destroy the extraordinary among us.  As the country takes the so-called Supers for granted, a backlash emerges, and the Supers are driven into what amounts as a witness protection program for the amazing.  As this happens, a super-villain emerges with the goal of distributing technology that promises to make everyone special – and when everyone is special, no one will be.

Finally, The Incredibles is a love letter to the nuclear family.  The Parrs – Bob, Helen, Violet, Dash, and baby Jack-Jack – have their problems, but their greatest strength comes not from their freakish talents, but from the synergy of coming together in moments of great need.

The Incredibles is the ultimate family film, the ultimate Pixar film, as well as a great film for anyone who likes more than just loud explosions and T&A.