Warning: Parameter 2 to wp_hide_post_Public::query_posts_join() expected to be a reference, value given in /homepages/20/d387371247/htdocs/wordpress/wp-includes/class-wp-hook.php on line 288
 The genius of NFL Films | ScottSlucher.com 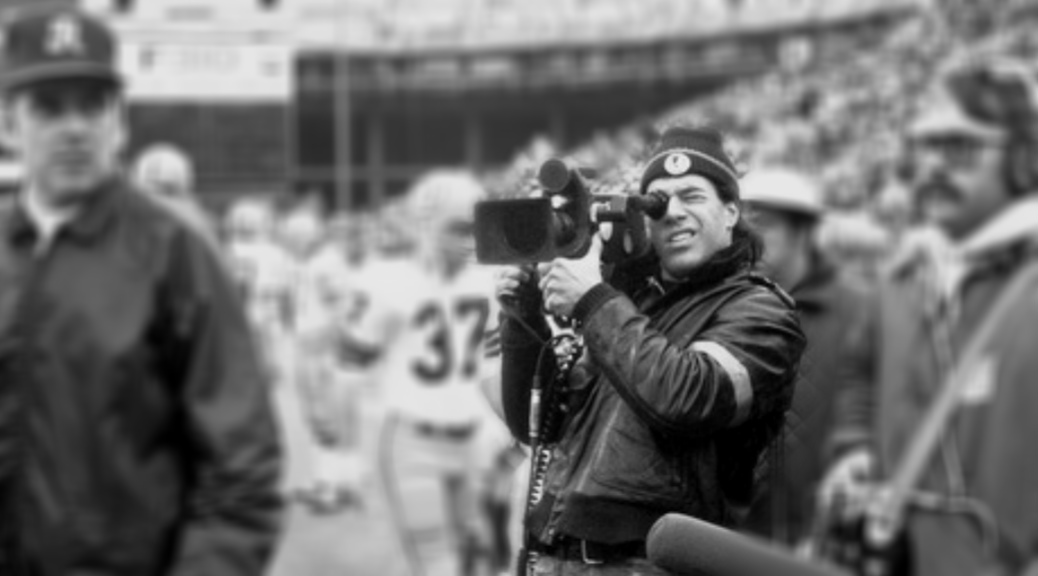 
I wrote this piece a couple of years ago to promote the practice of content marketing. With the Super Bowl coming up, it seemed kind of timely to re-print it here.

As I was watching football this weekend, I got to thinking about how we talk about football on Mondays at work.

Football is a game of tactical maneuvers, defensive adjustments, explosive violence and, at times, great beauty. And when we gather with our co-workers on Monday mornings, we weave facts and statistics into a narrative of what happened in a way that can be quite moving.

Think about it. We put no conscious effort into fabricating a complex story made up of dozens of men, complex play calling, yards gained and lost, passes completed versus passes attempted, and we do it in a compelling way that gets the blood boiling 24 hours after the fact. And yet, we often fail to move our readers when we apply the same storytelling skills to the copy we write for our customers.

I won’t get into why that’s so except to follow the breadcrumb trail of thoughts that led me back through the years to my boyhood and the genesis of the storytelling tropes that enliven discussions of professional football and served as the template for sports networks like ESPN.

I grew up in Louisville in the 70’s with a lot of boys my age. We were into football, basketball and baseball and each had its own well-defined season. While each sport had great announcers who added drama and gravitas to the games they called, there was nothing in the world like NFL Films, which existed solely to promote the brand of the NFL, but inspired me and my friends to imitate, in mock slow-motion, improbable runs, catches and passes made by our heroes. It was propaganda 101, but we didn’t care. It was glorious.

NFL Films and the cult of football

NFL films was founded by Ed Sabol, who, according to Wikipedia, was a dad who liked to film his son Steve’s football games and discovered he had a knack for it. In 1962, Sabol won the bidding rights to shoot the championship game and impressed Pete Rozelle, the young league commissioner who revolutionized the game with many innovations.

The NFL bought Sabol’s company and left him in charge to film every game and produce highlight reels for each team. What evolved was an operatic style that featured Wagnerian music, stentorian narrations and lots-and-lots of slow-motion photography that inspired generations of wannabe all-stars. Looking at the clips on YouTube now, I’m filled with a mixture of elation and mild embarrassment at how serious every facet of the game was taken.

If you’re in your thirties or forties and grew up on NFL Films, you’ll know what I mean when I say that I still get teary-eyed when I watch Willie Brown’s pick-six of Fran Tarkenton in Super Bowl XI.

How they did it

So, what does NFL Films do so well? Why is their stuff some of the best, if not THE best, content marketing ever produced? Let’s take a look.

Some may shrug their shoulders and say, “People don’t get worked up about companies or brands the way they do about football.” Really? What about Apple? What about Chevy vs. Ford? What about Nike?

People care about products just as much as football fans do about their favorite teams…when they’re given something worth cheering about.

How about you? What do your customers say about you on Monday mornings?