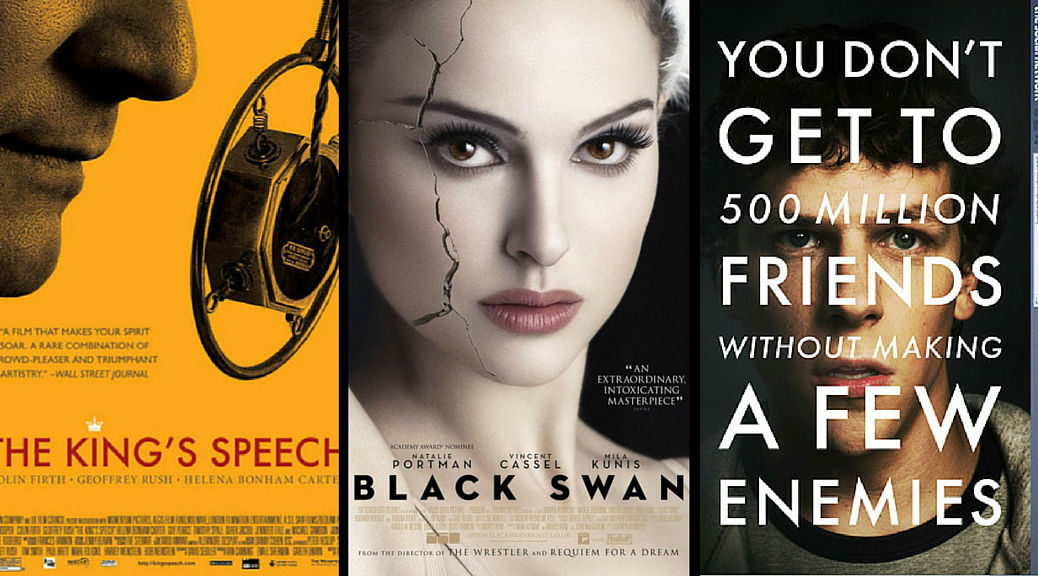 
Here are my final Oscar predictions for 2011: 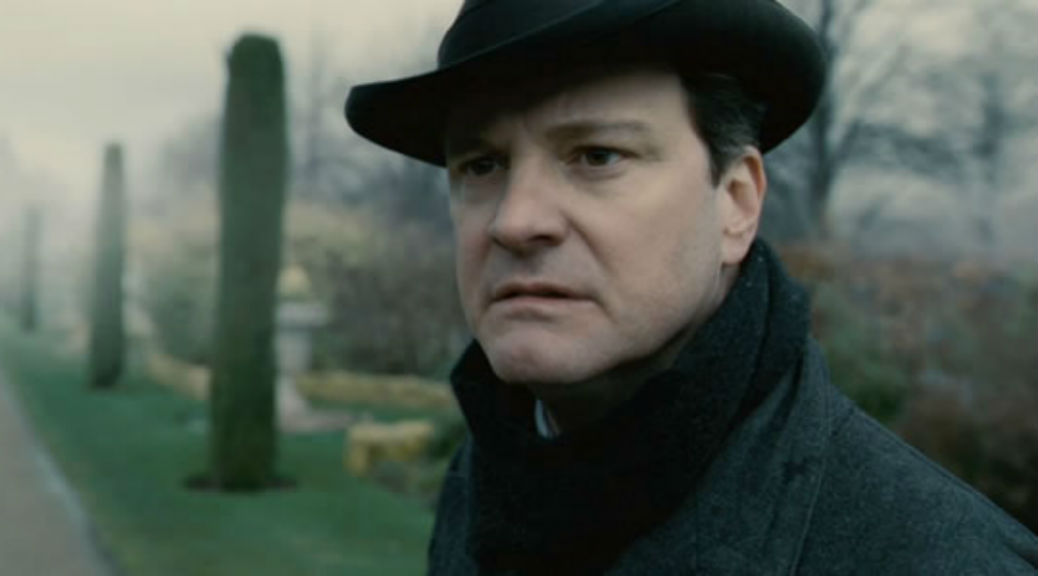 If this were the Kentucky Derby, Colin Firth would be going off at even money and you’d be looking to box him with some long shot, like Javier Bardem or James Franco, to make the bet worth walking all the way to the pari-mutuel window.

That said, let’s take a look at the field anyway, just in case Firth stumbles down the stretch.

I haven’t seen Biutiful, so I can’t comment on Javier Bardem.  We’ll say he has no chance, which is ridiculous given his award a couple of years ago for No Country for Old Men.  Scratch him.

Jesse Eisenberg was wonderful in The Social Network, but wearing a hoodie and a wrinkled t-shirt for two hours worth of film time doesn’t add up to a substantive enough performance to warrant an Oscar, despite perfectly capturing the white-hot intensity of a dot-com jillionaire.  Give him a 2-in-10 chance at winning.

It doesn’t suck to be James Franco these days.  He’s hosting the Oscars with Anne Hathaway, he’s studying literature at Yale, he

went to the Rhode Island school of design, cool directors want to work with him, he does soap operas, he recently made sport of himself on 30 Rock, and he stars in 127 Hours.  Surely this guy will be around for a long time, provided he doesn’t burn himself out, which is a good thing because I don’t think he’ll win the Oscar this year.  His performance as Aron Ralston, the hiker who cut off his own arm – which was pinned to the wall of a remote canyon by a boulder – to save his life is finely modulated, capturing the hubris of a 20-something year old guy who probably never considered his own mortality until it stared him in the eye, followed closely by the regret and sadness that comes with understanding what this will put his family through.  Give him a 4-in-10 chance at winning.

A lot of people I talk to automatically assume that since Bridges won the Oscar for Best Actor last year (Crazy Heart) there’s no chance he’ll win it again this year for True Grit, but it was only a decade ago that Tom Hanks won consecutive awards for Philadelphia and Castaway.  That said, Bridges has a formidable mountain to climb.  First, there’s Colin Firth, who he beat out last year (A Single Man).  Then there’s the material – True Gritis a western, and a very funny one at that, which doesn’t bode well when placed next to a highly regarded costume drama.

While guys like Robert DeNiro and Dustin Hoffman have retreated to silly and irrelevant roles, Jeff Bridges has enjoyed a long prime, with no drop off in sight.  Rooster Cogburn could have easily become a cartoon, but Bridges and the Coens went deeper, and what we end up with is a layered character who is part blowhard, part cold-blooded killer, part raconteur, and part hero.  And along the way, we laugh our ass off at the verbal sparring that takes place between him and virtually every character who crosses his path.  He gets my vote, but sadly, the Academy will probably ignore him in favor of another great actor.  Give him a 7-in-10 chance of winning.

It’s good that the Academy doesn’t publish the vote talleys for each race, else we’d get hung up arguing that so-and-so only won the award by one vote, which would cheapen the honor I guess.  That said, it would be interesting to know how much Colin Firth lost by last year.  Many predicted he’d win for his stunning performance in A Single Man.  Here we are, a year later, and the same two men are back in the same position.

This year’s performance as King George VI in The King’s Speech is a showier role that calls to mind award winning performances by Daniel Day-Lewis (My Left Foot), Dustin Hoffman (Rain Man), and Jamie Foxx (Ray) who won for playing men with handicaps.  Firth brought to life a lesser known British monarch and fleshed him out with very human qualities.  His future king is a man who has it all, but is still haunted by crippling insecurities that arise from an embarrassing stutter that seems impossible to overcome.

This leads the Royal to the unorthodox and uncredentialed speech therapist played by Geoffrey Rush in another beautifully realized performance.  Though they come from different social stations, The soon-to-be King must humble himself before this man in order to deal with the underlying issues of his speech impediment.

This all leads to a rousing climax involving a…speech, of course.  And thanks to Firth, we cheer for the King just as we would Rocky Balboa in one of his countless long-shot battle.  Give him an 8-in-10 chance of winning.