Warning: Parameter 2 to wp_hide_post_Public::query_posts_join() expected to be a reference, value given in /homepages/20/d387371247/htdocs/wordpress/wp-includes/class-wp-hook.php on line 288
 "Making a Murderer" and cultural touchstones | ScottSlucher.com 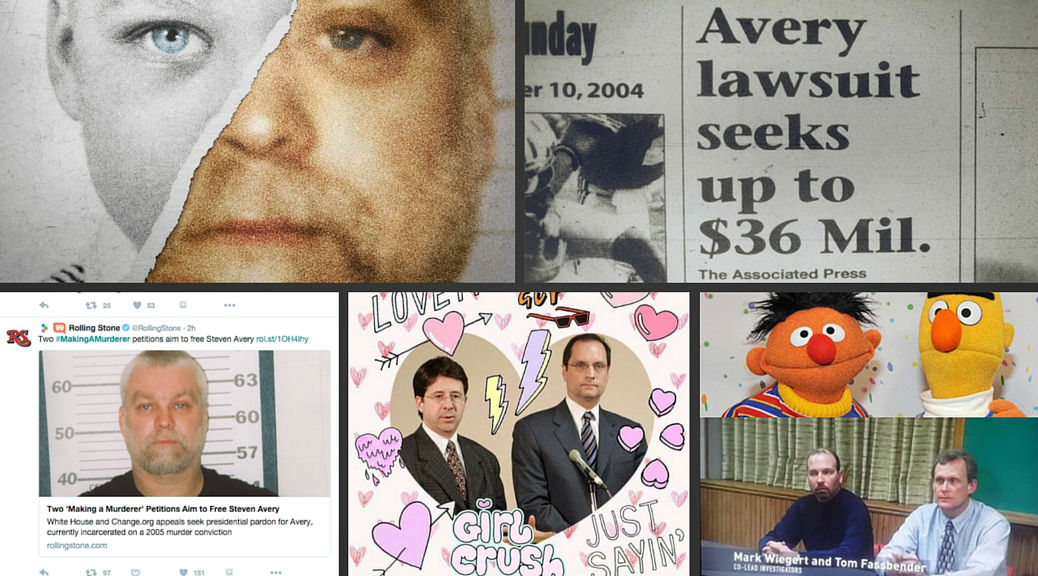 
Last night, Angell and I finally got around to watching Making a Murderer. We only watched two episodes, but that’s because we started late and had to force ourselves to go to bed sometime after 1:00 this morning. Based on what I’m seeing on social media, we’re not the only ones. Making a Murderer is storytelling crack – this year’s Serial.

Here’s what I’m talking about: 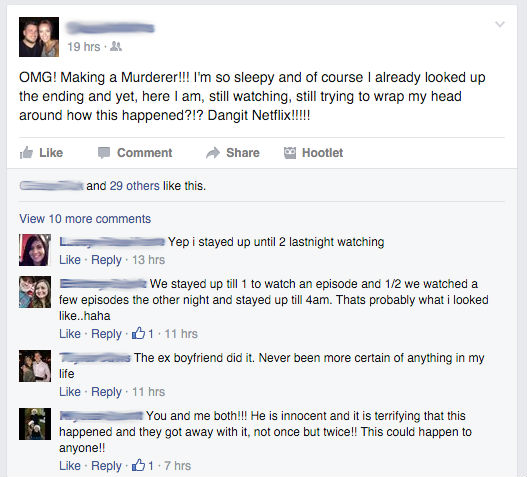 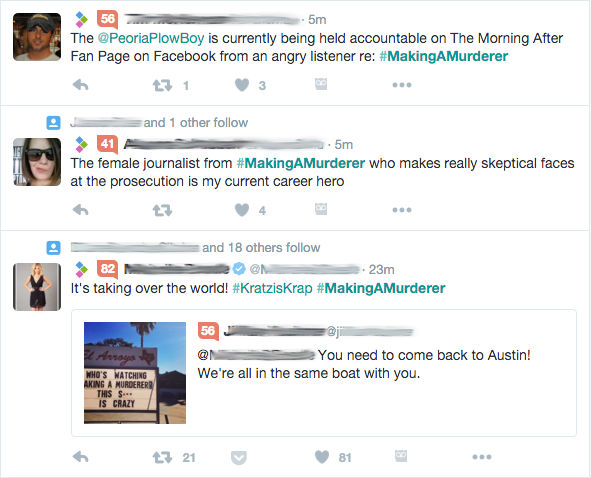 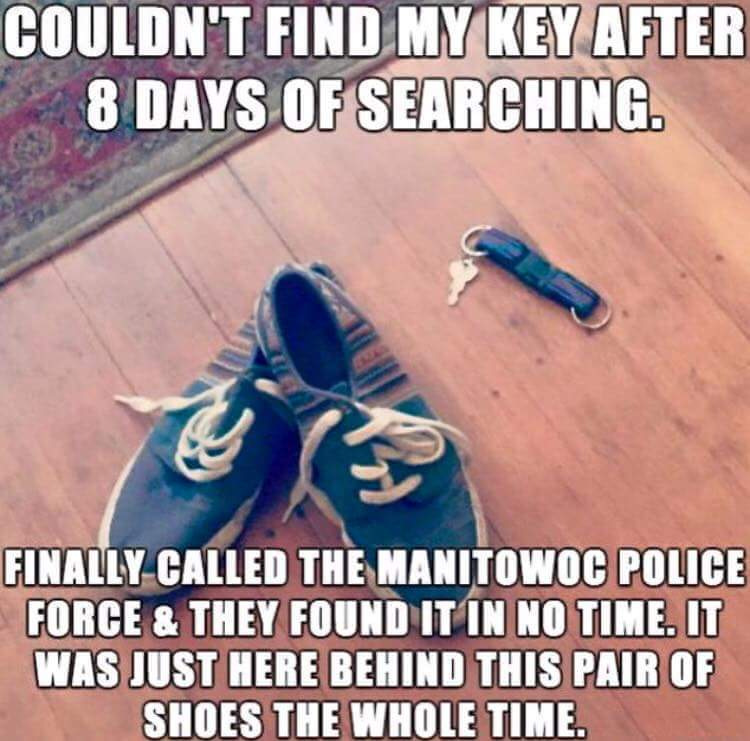 I went to Google Trends to index searches for Making a Murderer against a couple other topical phenomenons, Star Wars: The Force Awakens and Donald Trump. Over the past seven days, here’s how the three are trending:

It may not seem that impressive that Making a Murderer is outpacing the other two until you consider that millions of dollars have been spent marketing Star Wars and Trump, while Making a Murderer has the look and feel of a PBS Frontline piece (and I mean that as a compliment), with the same kind of marketing push.

Love them or hate them, what all three have in common are strong, well-articulated narratives, proving once again the power of good storytelling.

Like last year’s crime whodunit Serial, Making a Murderer tackles the story (as I’ve experienced it thus far, shunning anything that looks like it may spoil the rest of the series) of Steven Avery, a Wisconsin citizen who was framed for one serious crime (rape and assault) and may or may not have been framed for another (murder).

Like Serial, it’s a story told simply and compellingly, with a flat, journalistic tone that oozes respectability and has you in Avery’s corner early on. There’s not an ounce of tabloidism in this piece, making it all the more fascinating that it’s tapped into an American vein that, if my Facebook feed is any indication, crosses just about every socioeconomic boundary imaginable.

The psychology of phenomena like Making a Murderer, Serial and Star Wars are fun to study, and even more fun to participate in. Whether you are early in or late to the party, events like these cause a collective excitement that is magical in its ability to unite all kinds of people around a single story. Events like this, so unpredictable, trigger our deepest longings of community and belonging, if only to have someone to talk to about whether or not Avery is guilty. Such is the power of storytelling…and the reptile brain.

Netflix is on quite a roll. So much so that I can barely remember why I was so mad at them just a couple of years ago. Their roster of original shows is impressive and contains some of the favorite stuff I’ve watched this past year, be it movie, TV or YouTube:
• House of Cards
• Narcos
• Orange is the New Black
• Unbreakable Kimmy Schmidt
• W/Bob and David
• A bunch of comedy specials
• The Battered Bastards of Baseball
• The Fall
• Derek
• And my favorite of them all, Aziz Ansari’s Master of None

And those are just the ones I’ve seen!

If you just went off the full roster of Netflix originals, you could make the argument for the second (or are we on the third???) Golden Age of TV. Factor in HBO, Showtime, AMC and all the rest, and you have a fire hydrant of television content that comes at you so fast that it’s impossible to simply sip from, let alone keep up with.

I’m often bitching about how movies suck right now, aside from the work of a few directors I love like Wes Anderson, Noah Baumbach, PT Anderson, Quentin Tarantino, Pixar and a few others. Are the movies really worse than they were at the beginning of 1976, or is TV that good and varied that it makes movies seem sucky?

If that’s the case, then maybe the only crime the Hollywood movie has committed is not innovating. Maybe movies are taxis or hotels to TV’s Uber and Airbnb. If so, that’s bad news for movies. Just look around.

Whatever the case, I’ll keep happily paying my ten bucks a month to stream Netflix and enjoy the gusher of entertainment that I’ll never completely consume…and reserve my expensive forays to the Cineplex for my favorite directors or one-of-a-kind events like Star Wars: The Force Awakens.

In the meantime, keep on innovating, Netflix! I’ll try to keep up. I promise.