Warning: Parameter 2 to wp_hide_post_Public::query_posts_join() expected to be a reference, value given in /homepages/20/d387371247/htdocs/wordpress/wp-includes/class-wp-hook.php on line 288
 Travel | ScottSlucher.com 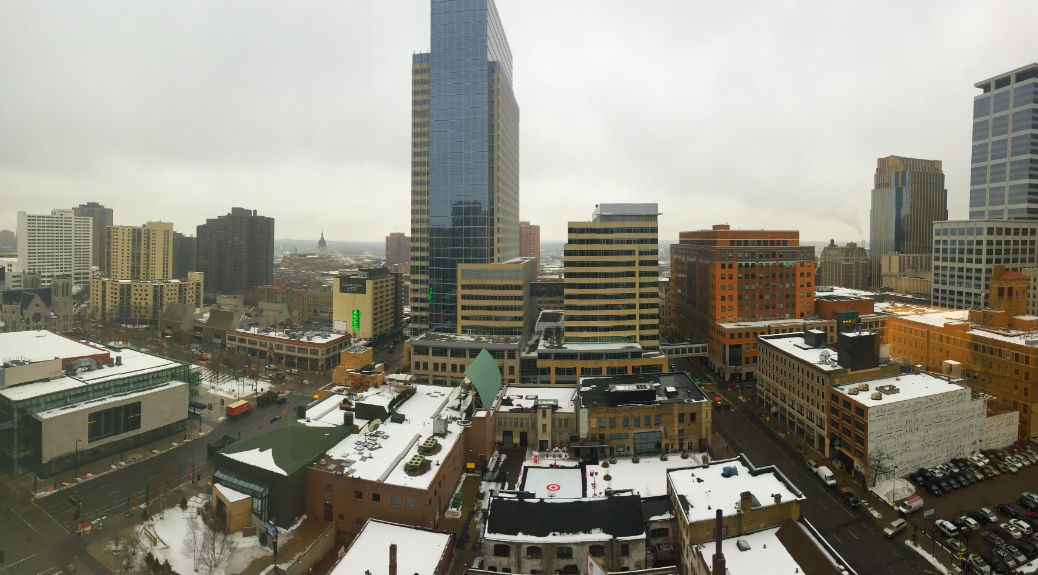 There’s nothing like coming home after a long trip. No matter how good the trip is, once you get into the airport system, it’s like your body starts to shut down and feel the cumulative effect of days of poor sleep, too much food, too much drink and too much walking around in shoes that aren’t very good for walking.

This week, I’ve been in Minneapolis with my friend Mike at a pastor’s conference. It’s the first time I’ve attended an event like this, and it was very interesting meeting a lot of new guys and being a fly on the wall as they talked shop.

It was encouraging to hear these guys’ perspectives on being pastors and seeing how committed they all were to doing the right things the right ways. Of course, there was every kind of personality you could imagine represented there: young and old; trendy and conservative; quiet and talkative; and so on. It’s easy to fall into the trap of thinking these guys are somehow infallible, but you realize that they are just like you, with their own set of strengths and weaknesses and challenges.

I was there to be Mike’s wingman as he described a new endeavor to some key people at the event. He’s launching a new organization, The Harbor Institute for Faith and Culture, to help Christians make sense of living in a post-Christian culture. Harbor will include the launch of a blog, a series of podcasts and events all aimed at so-called lay-Christians.

Each of the folks we talked to at the event responded enthusiastically to Mike’s vision for the organization and offered some valuable insights from their respective perspectives that helped clarify the vision a little.

When we got to the airport today, I’d almost forgotten about meeting up with a member of the association I work for – a lady who works for Under Armour, in marketing, and seems to travel all over the country, working with individual locations to be more competitive and align with the corporate vision.

This lady, because of her constant travel, is difficult to get on the phone, but last week, we managed to chat briefly to try and schedule a call. We soon realized that we were both going to be out of town the first half of this week.

“I’m going to be out of town, Monday through Wednesday,” I said.

“I’m flying with Southwest,” I said.

“Me too! Why don’t we just meet at the terminal and have a face-to-face conversation?”

And so we did. Mike and I got to the airport early, ate, then camped out at the gate. A little later, she showed up, got food, then joined us for a brief conversation about some challenges that she hoped I could add some perspective to.

We finally made it home and dropped Mike off at his place. When I got home, I was introduced to a Chinese exchange student who is staying with us for 10 days. We exchanged pleasantries, and then I let her go and prepare for bed while I caught up with Angell and Daisy and Avery.

It was soooooooo good to sit and laugh and share stories with them and smell the familiar smells of home, and sit on my familiar couch and be with 3 of the 4 best people in the world. 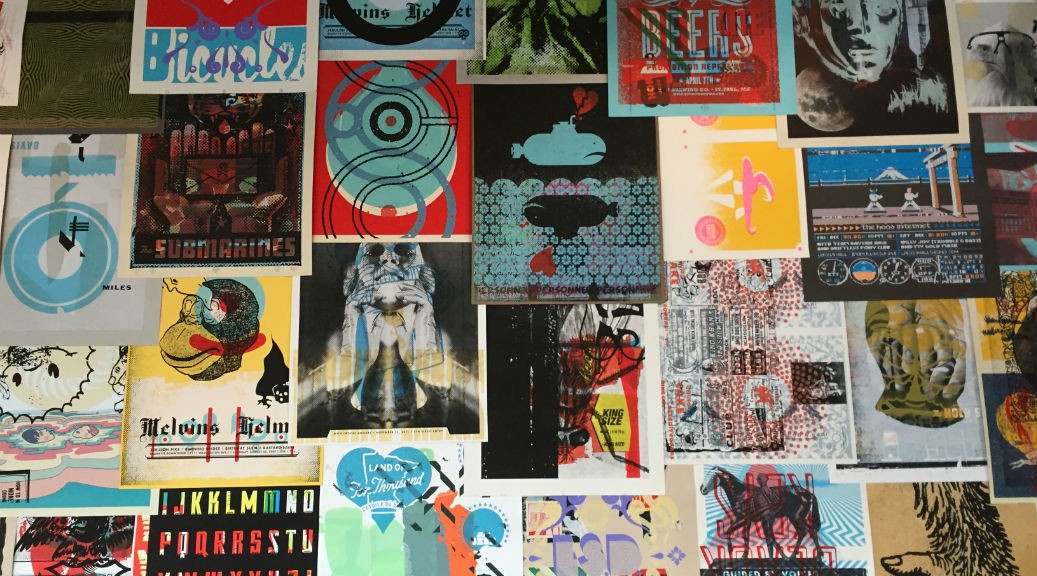 I’m still in Minneapolis, where it seems like all I’ve done for the past three days is walk, talk and eat. It’s been a great trip, but it wears you down.

I heard Minneapolis doesn’t have a lot of great food, and that may be true, but you wouldn’t know it from the places we’ve eaten. Sunday night, it was cheeseburgers and great stouts at The Red Cow. Monday, it was Little Szechuan, where we had beef and chicken and dumplings that were amazing (the Lucky Buddha beer, not so much). Today, for lunch, we had Chicago style pizza at Davanni’s pizza parlor in the Uptown section of Minneapolis. For dinner, we were in the warehouse district, where we met a group of guys at a place called 112 Eatery that served an eclectic menu (I had spinach and ricotta involtini).

In the midst of all this eating, there’s been a lot of talking. Traveling with my buddy Mike means eating and walking and talking, and it’s been great chewing on good food and a wide-ranging list of topics that I won’t go into here. It’s good to have a friend with whom you can be with at close range over the course of a few days and not want to strangle them by the time you fly home. That’s my relationship with my friend Mike.

Whether we’re in New York, Minneapolis or just back home in a favorite restaurant, the sharing of food and words is always a treat that I look forward to. I’d go into greater detail on this, but it’s time to get up and get ready to meet a couple of guys at a nearby gastro pub. 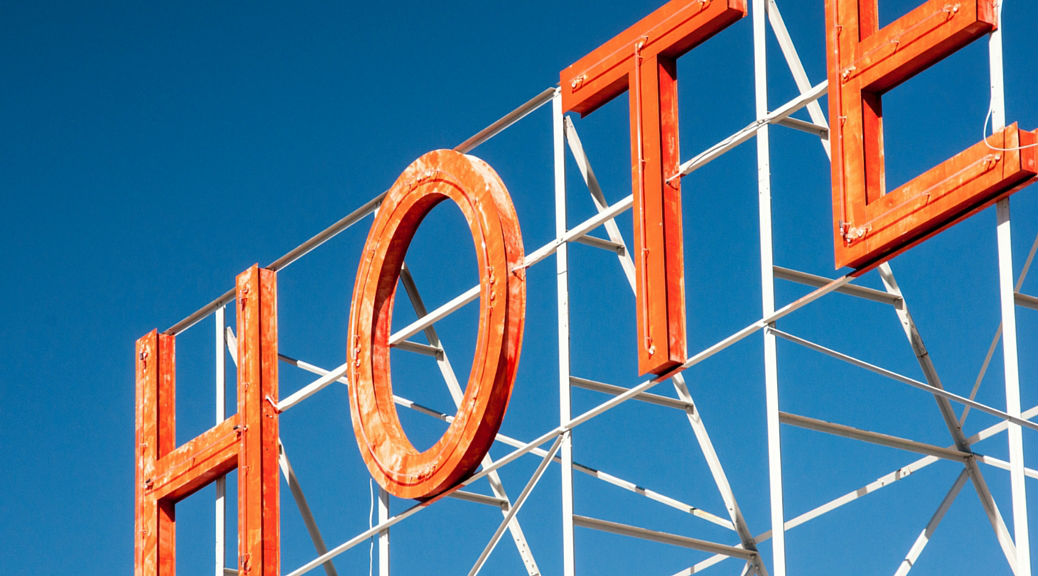 Today is a travel day. I’m in Minneapolis with my buddy Mike for a few days. I love to travel, but I hate the leaving. It’s always been a very difficult thing for me to do, no matter how often I leave.

I think back on my kids and how they’ve responded through the years.

My oldest, Hadley, would always be stoic and ask when I was coming back and if I would bring her anything. She’d cry for me when she was little when I wasn’t home, and then, when I returned, she’d go screaming through the house, yelling at the top of her lungs, “Daddy’s home!” when I’d return. It was the best kind of homecoming.

My middle child, Daisy, and I had a little game we’d play, when I left, where we’d wave to each other as I drove off, neither of us stopping until we got out of sight of one another. This would mean waving until I was way down at the end of the street, turning the corner. Sometimes, Daisy would run down the hill in our front yard and chase after the car, waving to me and smiling and telling me she loved me. It’s a memory I’ll cherish forever.

Avery, our youngest, just turned twelve, and is still in that pre-teen place where she still likes to hug us and kiss us and tell us she loves us, so leaving home is still filled with tight hugs and kisses and admonishments to be safe. She also worries that each time I leave, it might be the last time she’ll see me, so she lingers over the goodbyes, morbidly making sure that she doesn’t leave anything out that she’d regret should something bad happen to me. She gets that morbidity from me, and I get it. And appreciate it as a token of her love for me.

And then there’s Angell, my wife. The goodbyes are sweet and sad. Sweet for the expressions of love and longing. Sad for the knowledge that we’ll be apart for so many nights, absent of each other’s touch and smell.

Yes, I love traveling. I love getting to go out and see different places and meet new people and hang with good friends like my buddy Mike. But leaving the family is a steep price to pay for the pleasure of getting away.

Of course, once I’m thrown into the experience of actually traveling, the experience takes over and my family kind of moves off to the periphery a bit, popping in when I wish Angell or one or all of the kids were around to experience what I’m experiencing.  Aside from that, I’m in the moment, sucking up the experiences at hand and making the most of the moment.

Getting away is good and healthy, and when it’s time to return home, the longing for family kicks in, making for a sweet homecoming. 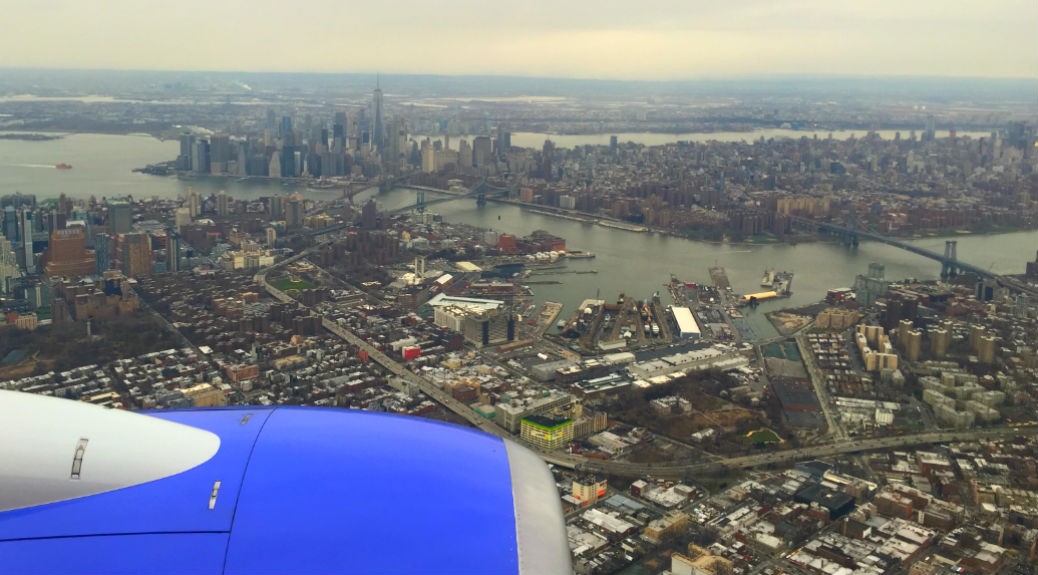 I’m in New York today, so this post is going to be short and sweet.

I’m here on business, staying in Manhattan. Sadly, I’ll be too busy for playing around and sightseeing.

There are so many good memories tied up here, where Angell and I lived for five years right after we got married. Just being here fills me with nostalgia.

She and I will be back in the summer with the kids. It’ll be sweet to be back with all of them. I love this place.