Warning: Parameter 2 to wp_hide_post_Public::query_posts_join() expected to be a reference, value given in /homepages/20/d387371247/htdocs/wordpress/wp-includes/class-wp-hook.php on line 288
 2011 Academy Awards Recap | ScottSlucher.com 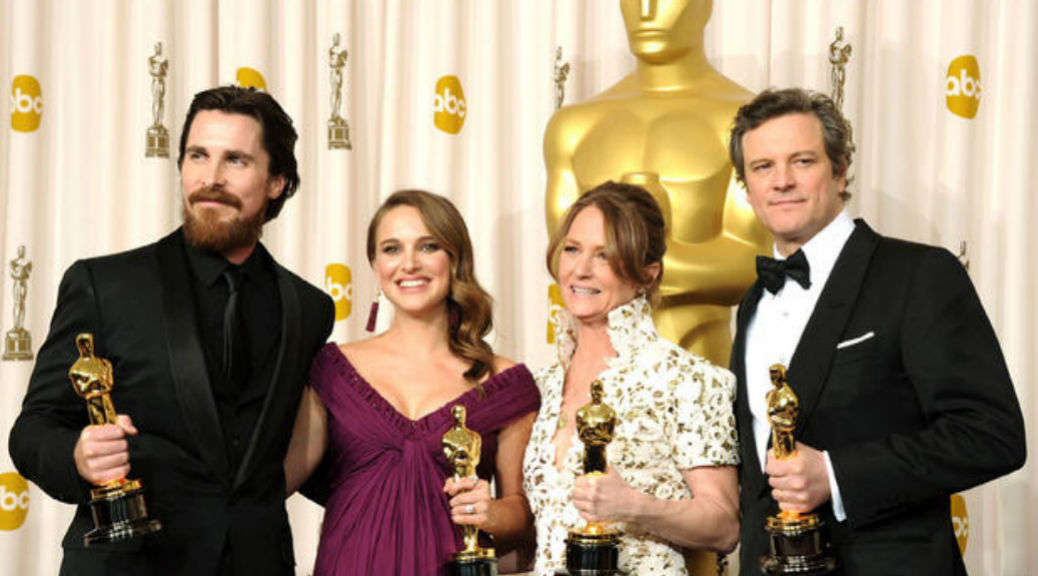 A lot of people bashed the Oscars, but don’t we go through this same ritual every year?  Is it some kind of guilt over our worshipping the golden calf of celebrity?  It’s as if the day-after bashing is a guilt offering to cover our shame.

That said, I feel no guilt.  Every year, I go into the telecast hoping for some transcendent moment, but end up like Linus on Halloween, waiting in vain for the Great Pumpkin.  Oh well, maybe next year.

How ironic that the year that was devoted to the younger demographic was dominated by a 95 year old legend who reminded everyone that just because it’s new doesn’t mean it’s better.

Bless the person who booked Kirk Douglas for the broadcast.  Despite at least one stroke, he’s lost none of the spark or timing or determination to seize an opportunity that made him a star.  When he finally and reluctantly receded into the night, after Melissa Leo’s wonderful f-bomb, little did we know that we’d had our high-water mark for the night.

I don’t understand all the energy that’s put into pandering to youngsters, especially when it comes as the expense of the past.  Isn’t that what the Oscars are all about – comparing this year’s talent to everything that’s gone before?

What I REALLY hate is the toast that happens before the awarding of Best Actor & Actress.  It’s painful to watch, especially when Bridges screws up and shatters the illusion of him giving off-the-cuff remarks, like the best man at a wedding.

They need to stop that.

And how come we didn’t get to see Coppola getting his Thalberg award?  I would have loved to have seen the montage they put together, especially if it was as clever as the fake musical one.

And finally, I liked the opening, until they went Back To The Future on us.